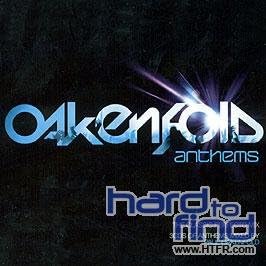 2008 three CD collection from the Dance music institution and global DJ superstar. On Forever, Oakenfold chooses and mixes his favorite tracks from arguably the period where he was at the height of his fame as a DJ in the late 1990s. The album cherry picks from Oakenfold's Perfecto label and beyond, covering his prolific work as a remixer with Steve Osborne and delivering a taste of the man who has played at Wembley, The Hollywood Bowl and even the main stage at Glastonbury. This special triple CD mix will be beautifully packaged in a gatefold digipak and includes cuts from Underworld, U2, Planet Perfecto, William Orbit, Gouryella, Faithless, System F, Grace, BT, Energy 52, Robert Miles, Mansun, Y Traxx, ATB, Josh Wink, Leftfield, Mauro Picotto and BBE. All re-edited and exclusively mixed to capture an epic era in the history of British clubbing by arguably the world's best ever DJ. Rhino UK.